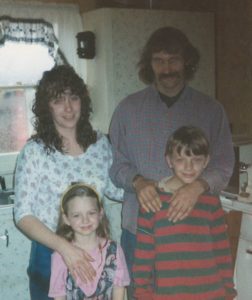 Rhonda (Stephenson) Thacker, 55, of Winchester, Ohio passed away on Thursday, December 6, 2018. She was born October 27, 1963 in Middletown, Ohio. She was preceded in death by her parents, Ronald and Judy (Parker) Stephenson, and infant daughter, Rhonda.

The visitation is from 11 am until 1 pm on Tuesday, December 11, 2018 at Lafferty Funeral Home in West Union. The funeral service will follow at 1 pm.  Burial will be at Moore's Chapel Cemetery in Blue Creek, Ohio.