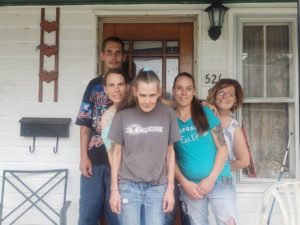 Margaret Lynn (Tobin) Mann, 58, of Manchester, Ohio died Monday, December 30, 2019 at Hospice of Hope in Maysville Kentucky.  She was born June 27, 1961 in Columbus, Ohio. She was preceeded in death by parents, Ernest Goodson Tobin and Patricia Lou (Moneyhun) Tobin.

Lynn worked at a nursing home in Dayton for many years. She was always willing to lend a helping hand anywhere it was needed.

The Graveside Funeral Service is Wednesday, January 8, 2020, at 3 pm at Kirker Cemetery in Liberty Township in Adams County.