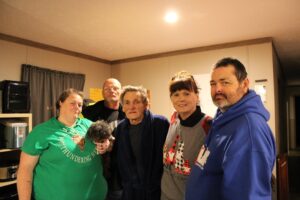 Bob joined the United States Army in 1961, serving as an engineer during the German Conflict.  He was stationed at Fort Hood, Texas and participated in Kennedy’s Big Lift.  He married Gwen in 1962 in Roscoe, Texas. They spent 57 years together.  They lived a wonderful life in Chicago, Streamwood and Hanover Park, Illinois. They moved the family to West Union in January 1992, where he started his own construction business, he passed on his knowledge to his children and grandchildren. Retiring after over 30 years he enjoyed woodworking. He adored his family and friends, he always said “I have blood that isn’t family and family that isn’t blood, family is everything!!

Mr. Marshall will be cremated.  There will be no services.