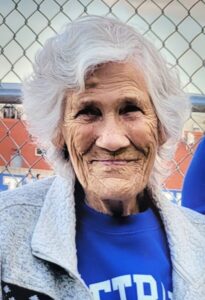 Peggy was a former finishing leader for T. Siemens Corporation in Tempe, Arizona for six years. She was a welder for the former Welded Wire Company in Manchester for six years.

Phil and Vicki Rhonemus - Dec 19, 2021
Dear Bill, Gail, and All Sandlin and Trotter Families, Keeping all of you in our thoughts and prayers. Sincerely,
Gayle (Murphy) Webb - Dec 16, 2021
My deepest sympathy for you and your family. May God give comfort for all family and friends. Peggy was an amazing lady inside and out. I know she will be missed by many.