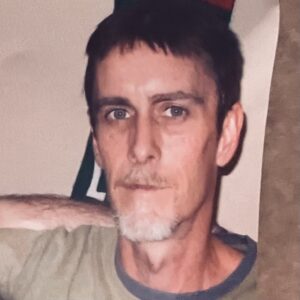 Patrick Shawn Minton, 56, of West Union, Ohio passed away December 27, 2021 at Mercy Health- Anderson Hospital in Cincinnati.  He was born March 17, 1965 in Cincinnati. He is preceded by parents: Charles “Fuzzy” and Marica (Gaffin) Minton; one son, Andrew Ramey; two brothers: Jimmy Minton and Robert Minton and one sister, Faith Minton.

Patrick was a loving and devoted husband to his wife of 18 years.  He loved spending time with his grandchildren, watching movies, taking walks and bike rides.  He enjoyed the outdoors, star gazing at night and always loved to make people laugh and feel good about themselves. He would always lend a hand when needed.  Patrick will be deeply and sadly missed.

Mr. Minton will be cremated.  There will be no services at this time.

Rhonda Henderson - Feb 3, 2022
R. I. P pat you will be missed
Phil and Vicki Rhonemus - Jan 20, 2022
Dear Mandy and All Minton Family, Keeping you in our thoughts and prayers at this time. Sincerely,