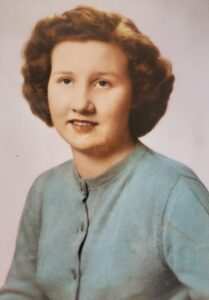 She was a cashier at the former Satterfield’s Grocery in Lynx and former Knauff’s Grocery in Blue Creek.  She is a 45 year member of the Cedar Grove Baptist Church in Lynx.

In lieu of flowers, memorial donations can be made to Cedar Grove Baptist Church, 875 Lynx Drive, West Union, Ohio 45693.

The funeral is Tuesday, June 9, 2020 at 2 PM at Lafferty Funeral Home.  Pastor John Cole will officiate.

Interment is at Copas Cemetery on State Route 125 in Brush Creek Township.

Phillip and Vicki Rhonemus - Jun 20, 2020
Dear Fizer Family, Holding you in our thoughts and prayers at this time. Sincerely,