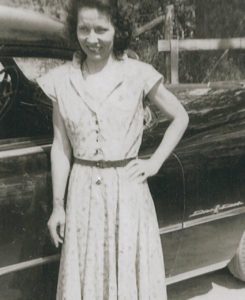 Marie was a childcare provider and a homemaker.

The visitation is from 11 am until 1 pm on Sunday, June 24, 2018 at Lafferty Funeral Home in West Union. The funeral service is at 1 pm.  Burial will be at West Union Cemetery in West Union.