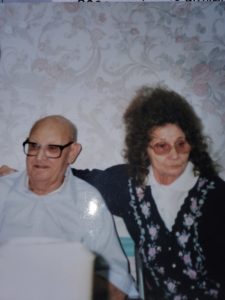 Marjorie was a homemaker and enjoyed gardening.  She attended the former Praise and Worship Christian Center in Lawshe.

A private visitation is Friday, April 17, 2020 at Lafferty Funeral Home in West Union.

The graveside funeral and interment is at 2 pm Saturday, April 18, 2020 at East Liberty Cemetery in Lynx.