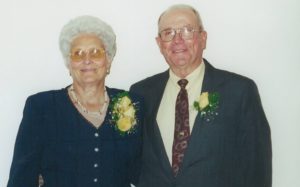 Junior retired from DP&L after 20 years of employment. He had been a superintendent of the Adams County Water Company for 13 years. He was the owner and operator of Hayslip Trucking, and had worked for Hayslip Solid Waste for 7 years. Junior had many jobs during his lifetime.

The visitation is from 11 am until 2 pm on Monday, April 9, 2018 at Lafferty Funeral Home in West Union. The funeral service will follow at 2 pm with Pastor Jason Hayslip officiating. Burial will be at East Liberty Cemetery in Lynx.