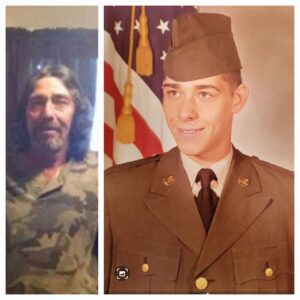 Larry was a dedicated father and loved his family.  He would help anyone in need. He enjoyed watching Nascar and football.  He leaves behind great love for his family and friends as those that knew him will never forget him. He was truly a wonderful father, son, brother, uncle and friend.

Raymond Seaman - Aug 1, 2022
I was saddened to hear about Larry's passing. I'm praying for the whole family. Some of the best times of my life was spent hanging out with Larry, and his whole family. He was a good man
Rhonda - Aug 1, 2022
Rest in peace Larry Wayne you will be missed
pam fizer timmer - Jul 31, 2022
Our sympathy to all of his family may God give you peace in this time of sorrow. Rest In Peace. The family of Estel Fizer
Diane Grooms - Jul 31, 2022
Larry you will be miss dearly by all that knew you. My Condolences to The Family and Friends and for his son Dylan Who always enjoy going to dad's house.. You will be remembered always and still have a hard time with you being gone...you wasn't ready to give up, because you always said got to have more time with your little man who you love with all your heart. Sure going to miss you Larry and our talks..now You can still watch over you little man who no doubt be lost without seeing you...
Brenda Nehus - Jul 31, 2022
Prayers and condolences to Larry’s family 🙏🏻🙏🏻 He was a great guy and awesome classmate 😢
John Whaley - Jul 30, 2022
I was honored to know Larry..we served in National Guard together. Along with his dad wimpy.. My heart is saddened at his loss. God bless Larry's family.