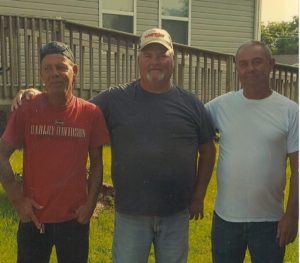 Jerry attended the Boyd Avenue Community Church in West Union when his health permitted. He will be remembered by his family as a loving, caring man.

In lieu of flowers, the family would appreciate memorial donations be made to Lafferty Funeral Home, Inc., 205 South Cherry Street, West Union, Ohio 45693

The visitation is from 6 until  8 pm on Monday April 23, 2018. The funeral service will be 1 pm Tuesday April 24, 2018 with visitation from 12 until 1 pm.   Pastor Bill Myers will officiate.  Burial will be at West Union Cemetery in West Union.