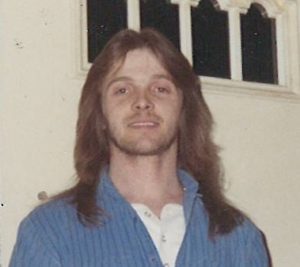 Howard Jeffrey Jarvis, 53, of Aberdeen, Ohio passed away on Saturday, January 6, 2018 at his home.  He was born July 17, 1964 in West Union, Ohio. He was preceded in death by his father, Clarence Jarvis, mother Ruby Jarvis, and brother, John Jarvis.

Jeff was a laborer for Meyers Concrete, and a carpet installer for Carpet Outlet. He enjoyed spending time with his daughters, grandkids, and beloved dog, Shady. He also enjoyed watching Nascar.

The visitation is from 10:00 until 12 noon on Thursday, January 18, 2018 at Lafferty Funeral Home in West Union. The funeral service will follow at 12 noon. Burial will be at Vaughn Chapel Cemetery near West Union.