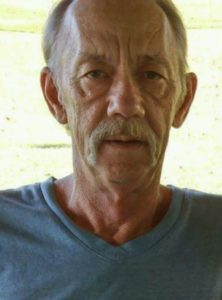 Everett Parker, Jr., 59, of Peebles, Ohio passed away on Friday, January 12, 2018. He was born July 23, 1958 in Boyd County Kentucky. He was preceded in death by his parents, Everett “Tuck” Parker and Wilma Jean (Burchett) Parker.

Everett had worked at Dundee Decking and Siding in Michigan as a sheet metal worker, and was a mechanic. He had attended Peebles High School.  He loved hunting and trapping, and collecting knives and antiques. As a young man he had raised fighting roosters.

The visitation is from 2 pm until 4 pm Sunday, January 21, 2018 at Lafferty Funeral Home in West Union. The funeral service is 1 pm Monday, January 22, 2018.  Burial will be at Locust Grove Cemetery in Locust Grove near Peebles, Ohio.