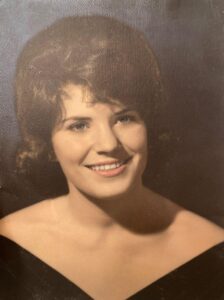 She was a very loving sister and aunt.  She loved and spoiled all of her family members.  She dedicated her life to God and loved reading and studying her bible.  She will be deeply missed by all that knew her

There will be no services at this time.

Terry Pitzer - Dec 3, 2020
So sorry to hear of Evelyn's passing. It's been many year since I've seen her but still have found memories of how nice she was to me when we were younger. Prayers for the family