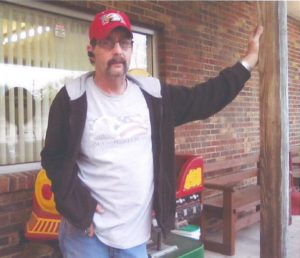 Bob Hummel, 58, of West Union, Ohio formerly of Bradenton, Florida, Swainsboro, Georgia and Cobleskill, New York passed away Wednesday, May 2, 2018 at his home. He was born December 22, 1959 in Cobleskill. He was preceded in death by his father, Robert Hummel and brother, Tim Hummel.

Bob was the former dog warden for the Village of Manchester, and had also served on both the Manchester and Monroe Township Fire Departments.

A Celebration of Life was held on Saturday, May 5, 2018 at Adams Lake Park near West Union.

Gerri Gerling - May 10, 2018
Uncle Mel and I send our deepest condolences to DuWanna and all the family. May he be at peace, no longer suffering.
Sandi McCarthy - May 10, 2018
I'm so very sorry for your loss DuWanna and Melissa. I know the pain of losing a parent and a loved one. Do know that this beautiful man is at peace and is pain free!! Hallelujah!! He is in the presence of our Lord Jesus wrapped in the ever present Glory of God our Father!! He will wait patiently and eagerly for the rest of his family to join him when their time is come 💞. God Bless you ladies! 🌸I love you DuWanna🌸. My ❤ to your ❤.