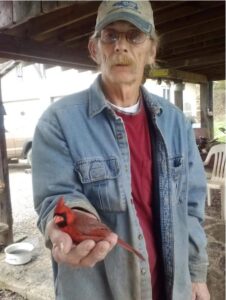 Billie A. McSwain, 71, of West Union, Ohio passed away on June 6, 2022 at Hospice of Hope Care Center in Maysville, Kentucky. He was born April 18, 1951 in Cincinnati. He is preceded by parents: Jacob and Margaret (Bridenbaugh) McSwain and one brother, Harvey.

Billie served in the United States Marine Corps during the Vietnam Era.  He was ranked 2nd in the country for Marksmanship and was invited to travel with the Marine Corps to display his skills but chose to return to his beloved family and friends. He enjoyed hunting and the outdoors.  He was a very talented woodcrafter and always helped anyone in need.  Billie’s love for life touched many people and he will never be forgotten.

Memorial Contributions may be made to:

The public military service is at 2 pm Sunday by the Adams County Honor Guard.